OK step one of the mindful challenge. Start a daily meditation practice.

I’m going to do a Headspace mediation every day. I’ve had the app for about two years and throughout that time I have racked up an impressive (??) 30 meditations #winning,  so I’m thinking that I may need to be a little more consistent.

My challenge is that the meditation that is supposed to make me feel less anxious…well…makes me anxious.

My brain is very active, this morning whilst trying to focus on my breath, my brain was having its own party. Woot woot…she’s just sitting, lets go banana’s. Thoughts were popping up about things that happened in the past or plans for the future. I was thinking about all the things on my to do list, “what are the kids having for lunch today?”, “when are the school photos?”, “do I need to put my washing on?”.

But I know the drill, each time they pop up, I just acknowledge and go back to the breath. So then my brain starts being a bit crazy, at one point…it was singing songs. And there’s this “commentator”, who seems to take pleasure in doing like a voice-over for everything that is happening… and I’m a little embarrassed to say that most of this blog post was written in my head while I was trying to focus on my breath, it just kept popping up and wouldn’t go away. I tried to imagine putting my ideas in a box (I think my brain was worried about forgetting them), or imagine it as clouds in a blue sky blowing slowly away (but then my brain started singing “blue sky…nothing but blue sky..”).

And then there’s the feelings, my body hits the adrenalin response…not exactly helpful when you are trying to be calm. My stomach starts knotting. And this morning I also felt sad. Then bored. Then frustrated.

15 minute meditation complete and I’m feeling, exhausted. Pretty sure that’s not how it was meant to play out.

But it’s day 1 …right… they say nothing worth doing is easy (my husbands favourite quote whenever I complain about anything..yes…yes, it is annoying).

I loved this article “Working Mothers are the most productive in the workplace”...

I mean, I always kinda knew this, but so nice to hear that maybe some research backs it up!

As much as I constantly beat myself up, for not doing a better job of juggling all the million and one priorities that I seem to have committed myself to on a regular basis (and some which I have no recollection of committing to, but I probably totally did because I can’t even really remember what I  had for breakfast let alone what I agreed to do)…the reality is, I have become pretty super awesome at using every piece of available time productively (to the point that now I have to learn how not to feel obliged to spend every waking hour cramming in more…but that is a story for another day).

It reminded me of a post a wrote late last year…because as i reflected on my end of year results, I made a startling realisation “I am successful BECAUSE I work part time, not DESPITE it”…  and that is because I have learnt to be uber productive.

I remember this sad and sorry story,  from the early days in my career,  arriving at the office in the early hours of the morning only to find the carpark had not opened yet.  So I had to sit on the side of the road and wait because the carpark didn’t open until 6AM … What the?  What was I thinking?  Why was I already at work at this ungodly hour of the day?

I am sure at the time I thought that arriving at work so early demonstrated that I was highly committed.   I probably did a couple of hours work, then spent more time talking to my colleagues about what they had done at the weekend, perhaps swanned out for a coffee (well, it would actually have been diet coke…I was totally addicted), then faffed around in waste of time meetings for the afternoon.  After which I would realise I still had crap loads of work to do and I would stay at the office until 7.30pm getting it finished…then feel tired and grumpy the next day because I had done a 13hr day but my to – do list was still just as long.

These days, I bet I could deliver the same amount of work in a half day sprint of work….partly it is maturity, partly it is knowledge and experience…but mostly it is because I have been forced to be more productive and to learn to prioritise like a pro. I simply cannot be at the office at 6am (well, actually, that is not exactly true because sometimes now I have to do conference calls at this hour…but I really do just roll out of bed, shuffle to the study with a cup of tea…and do the call in my pyjama’s…no video conference calls at this time please), but whenever I start my official work I make sure that I am very focused and driven.

It really is time to shake of the shackles of the “ideal worker” and remember that being in the office from 9-5pm doesn’t make you a better or more productive employee…I’m so glad that message might actually be starting to get through.

I always knew we ROCKED!

Why, oh why, do we have daylight savings?

As parents, we all dread the shifting of the clocks…just as we have our children in lovely bedtime and morning routines,  we have to shift it around again and hope they don’t notice.  I’ve heard the advice that you should start shifting the clock 10min’s at a time for 6 days before then the transition will be easier but I always forget to do this.   Although admittedly, typically, it hasn’t been a huge issue in our house (which I smugly attribute to our sometimes anally retentive bedtime routines…which I totally know deep down is not the case but I’m going take it anyway).

However…not this time.  And you know why.  This time, it’s not only the kids that have been affected…it’s me.

You see, morning time had become my happy place.   As my kids get older, they have started to sleep a little bit longer.  I was starting to be able to rely on the fact that they wouldn’t wake up until at least 7am (Amazing, I know!!).  So I started setting my alarm at 6am.   This morning time is MY time and I love this time.   Usually I try to do some exercise,  I can’t leave the house as my husband is typically already heading off to work,  but I can test my co-ordination with some aerobics DVD downstairs,  or use the rowing machine, or do some lame weights.  I never feel like doing it at first, but I always feel awesome afterwards.  If I’m lucky I’ll squeeze in a cup of tea, and start to think about the priorities of the day.

I hadn’t realised how much it was helping me to stay less stressed during the day,  until I lost it.

Initially, I tried to push through….I would not be deterred… and on the first day of early morning family rising,  I pursued my own morning routine.   I started in the usual fashion with some exercise downstairs.  My son decided to follow me and lie on the couch right next to me, so that he could continue whinging directly into my ear.  Not to be out done, my daughter grabbed her drawing (great, she’s keeping herself amused), and proceeded to lie down directly in front of where I was stepping, and then spread her coloured pencils out under my feet.   No…stay calm Claire…you can do this, you can reclaim your morning…just zone them out.

But it didn’t work,  I wanted to throw something across the room (maybe one of the children).

The next morning was worse.   They decided to start fighting with each other and I couldn’t concentrate above the blood curdling screams I could hear from above,  which left me running to the rescue to discover my daughter languishing on the floor, rolling, screaming because my son had dared to “touch” the side of her plate.

My morning ritual has been shattered.

I forgot what it was like to start your day with someone elses demands instead of your own.  So I’ve given up.  Stopped exercising in the morning. Started just getting straight into the usual morning routine, making lunches, cleaning up the kitchen.  I intend to do some exercise later in the day but later never comes.  And I’m pretty amazed at how much that has seeped into everything else I’m doing.  I’m stressed. I’m walking around with a perpetual sinking feeling in my stomach.  I’m over it.  I’m flat like a pancake (sadly I don’t look like one).  I’m eating like a horse.  I can’t be bothered doing anything in the evening other than smashing some TV (Netflix…oh how I love thee).

And then today I was reading this blog,  about productivity (great tips by the way) and I connected the dots between the loss of my morning ritual and the collapse of my entire world.

It also reminded me that one of the keys to finding balance, is to constantly be re-evaluated and reviewing your system.  Sure, I get that you have to have a system…but the key, especially when you have kids, is that you have to be flexible enough to change it when things change around you.

OK…so, I’ve identified the problem, which now means I can find a solution.  Yah!  But does that mean I have to get up even earlier!?!?   Reclaim my morning at 5am (ouch),  or do I try to get the kids to bed later (oh no, my TV time)?   Do I tell the kids that mornings are Mummy time,  and they are allowed to watch TV until I am ready (they are old enough to respect that…right?!).

Anyone got any ideas? 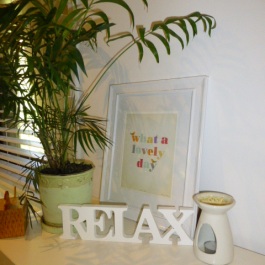