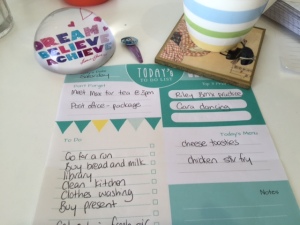 Hello Sunshine!!   I was so excited this weekend when the sun came out from behind the clouds and the sky was shiny blue.  My mood lifted instantly.   It feels like it has been a long winter here (actually I read somewhere that it has been the coldest winter in 15years), and my mood slumped along with the sunshine.    It is amazing the difference the warmth makes to your state of mind.

My husband has been away this weekend and I have to confess to being a little anxious as to what the the weekend would hold.  Actually  (lets just keep rolling out the confessions), I am always a bit anxious about what is going to happen at the weekend.  I realise this is perhaps a little strange, as the weekend is when I should be the most relaxed…right?   But it is not.   If I am leading into a weekend that is jam packed full of activities,  I feel much better.  Sure…it might be chaotic…but I know what I’m in for and I can plan around it.   It’s the unknown that gives me the heebie jeebies (side note:  can honestly say I am not sure I have ever had to actually write that down.  Had to look it up.  And, for your reference, the official definition is  “A feeling of minor fright, anxiety, nervousness, apprehension, the willies”- yes people,  the weekend gives me the willies.  Thank you Urban Dictionary)

Kelly Exeter from A life Less Frantic,  talks about creating “white space” in her life to help to stay calm.  A serial scheduler (much like myself),  she has been guilty of trying to schedule too much in her days which doesn’t allow for things to not go well (which inevitably will happen at some point).   So she purposefully schedules time in days when nothing is planned…white space… to give her some flexibility (apologies to Kelly if I am not articulating her theories correctly,  this is Claire’s interpretation, which admittedly could be a little warped).

ANYWAY,  as you may have guess, I’m a little uncomfortable with white space.

Every morning (give or take a day or two), I write a list of the things I need to do.  I prioritise them and then I schedule out most of my day.  There is no whitespace (don’t judge me too harshly,  it’s not all work stuff, I schedule in fun stuff too!) because what will I do with this white space if I haven’t thought about that already?  What if the kids just hang off me saying “I’m bored”?  if I haven’t scheduled out the chores maybe they won’t get done or I’ll forget something important?  What if we miss out on doing something because I didn’t organise it?

Writing this down sounds a little crazy,  but these are the things that go around in my head.   I’m not hugely spontaneous, I like a bit of time to make decisions.  But I realise this is probably not the best approach and it means that I don’t have room for life to just….well…happen.

So I’ve been trying a little harder recently,  to let myself move into a weekend without having too many things on the plan.   Sure, I still have a list of the chores I would like to complete at some point.  And I try to schedule at least one thing per day for the kids amusement and time for exercise.  But that is it.  And it has been a weird little experiment,  firstly because I do struggle with it so much (seriously what is wrong with me), but also because I am getting more and more examples of where having that space has worked out great.    The neighbours popping their heads over the fence and inviting the kids for a play “if they are not doing anything?”…actually,  they are not!   The sudden decision to stop at the coffee shop with the kids for some lunch, after our shopping.    Spending an afternoon lying in bed reading my book, while my daughter watched TV as she wasn’t feeling 100% after a cold… because we could, as nothing else was planned.

So this weekend, I didn’t have too much in plan and I was on my own, which was worrying me.  But then the sun came out.   I went outside and breathed the fresh air.   I randomly decided to prune/destroy our mop tree, which was out of control and we had been meaning to do for months.   My daughter was invited next door for a play.  My son went over the road to the playground to play with friends.  Then I suddenly stopped and realised I had an unexpected moment to myself!! Quick, sieze the day.

Poured myself a cuppa,  sat on the front deck and well….just sat…. it lasted all of about 10min,  but it was lovely…

Do you leave enough “white space” in your days to embrace unexpected moments in life when they happen?

P.S…just for the record…I had an absolutely awful day, the day after I wrote this.   A volatile combination of tired cranky children and tired cranky mum.   It was an explosive end of a long week, and lets just say I won’t be winning any parenting awards for my mothering skills on that day.  But I am choosing to focus on the pockets of goodness,  the moments when I was doing OK AND the fact that I did pull myself together and redeem things before a VERY early night for everyone.   Every day is a new opportunity to learn! 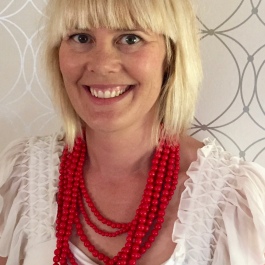 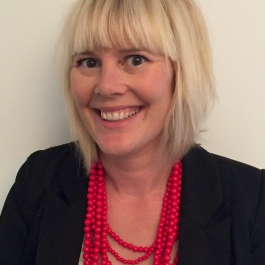